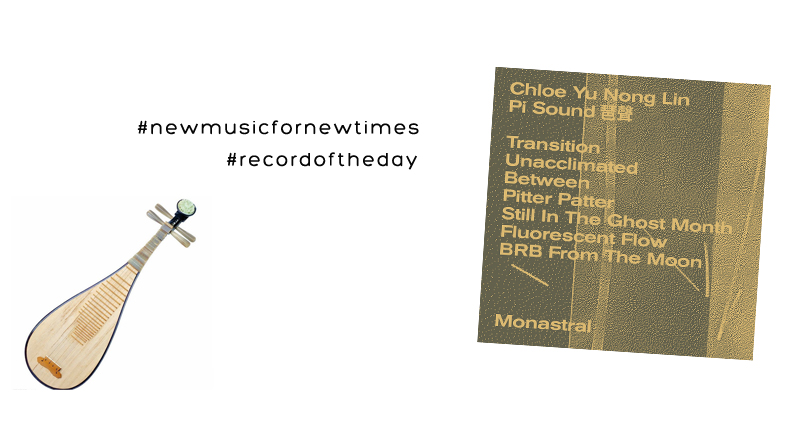 Pi Sound is the debut album by Chloe Yu Nong Lin, a musician from Taiwan practicing electroacoustic composition and improvisation on the pipa, or Chinese lute, an instrument that dates back to the Han dynasty almost 2000 years ago. Working with patch systems, Lin combines the acoustic sounds of the pipa with unpredictable electronics to discover the instrument’s new sounds in the electroacoustic world. Her performances involve music, sounds, silence, movements, light and shadow. Lin’s unique contemporary process liberates the pipa from the dusty confines of tradition, revealing exciting possibilities for an instrument that has been generally limited to traditional court music orchestras, conservatories and more recently, Western classical music. Pi Sound was produced by P.M. Tummala one week before Lin moved back to Taipei after spending three years in Chicago. Lin spent that time immersed in the city’s improvised music scene and the album is a reflection of her musical journey. Pi Sound features Lin performing two improvised pipa takes on each of the album’s seven tracks, resulting in a stunning and original album.