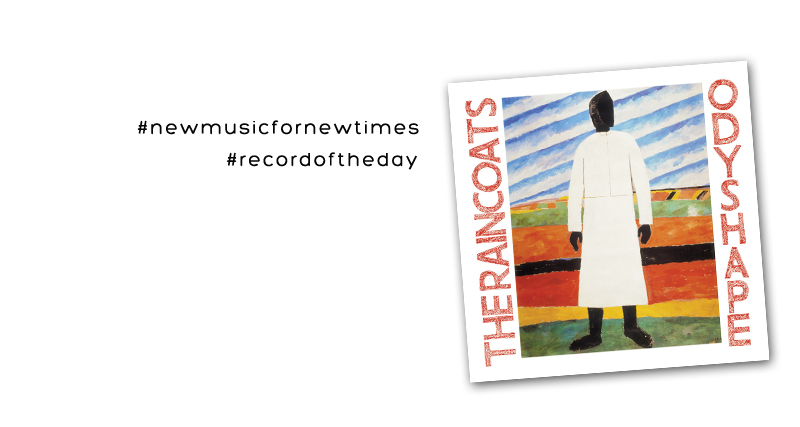 A record from 40 years ago, completely out of his time, even now hard to place it in our stupid lovely category fichets:

A big part of Odyshape‘s charm is derived from its backwards construction, with the band leaning away from the spikiness that made The Raincoats such an inviting listen, and writing many of the songs without percussion. The tribal drumming of original member Palmolive was forcibly removed from the mix– she quit the band by the time of this record, causing percussion to be added after the fact by a variety of guest players including Robert Wyatt and This Heat‘s Charles Hayward. Coloring in the songs in that manner might sound like the band were shoving a square peg in a round hole, but it undoubtedly contributed to the uniquely disorienting air that Odyshape thrives on. It’s from a place where the Raincoats’ best ideas stem– throwing orthodoxy out of the window, playing on instruments with which they weren’t familiar, assembling all the parts back to front because the standard way of doing things held little or no interest.